The Tree that Enlightened the Buddha

Another famous occasion of wisdom being found under a tree. 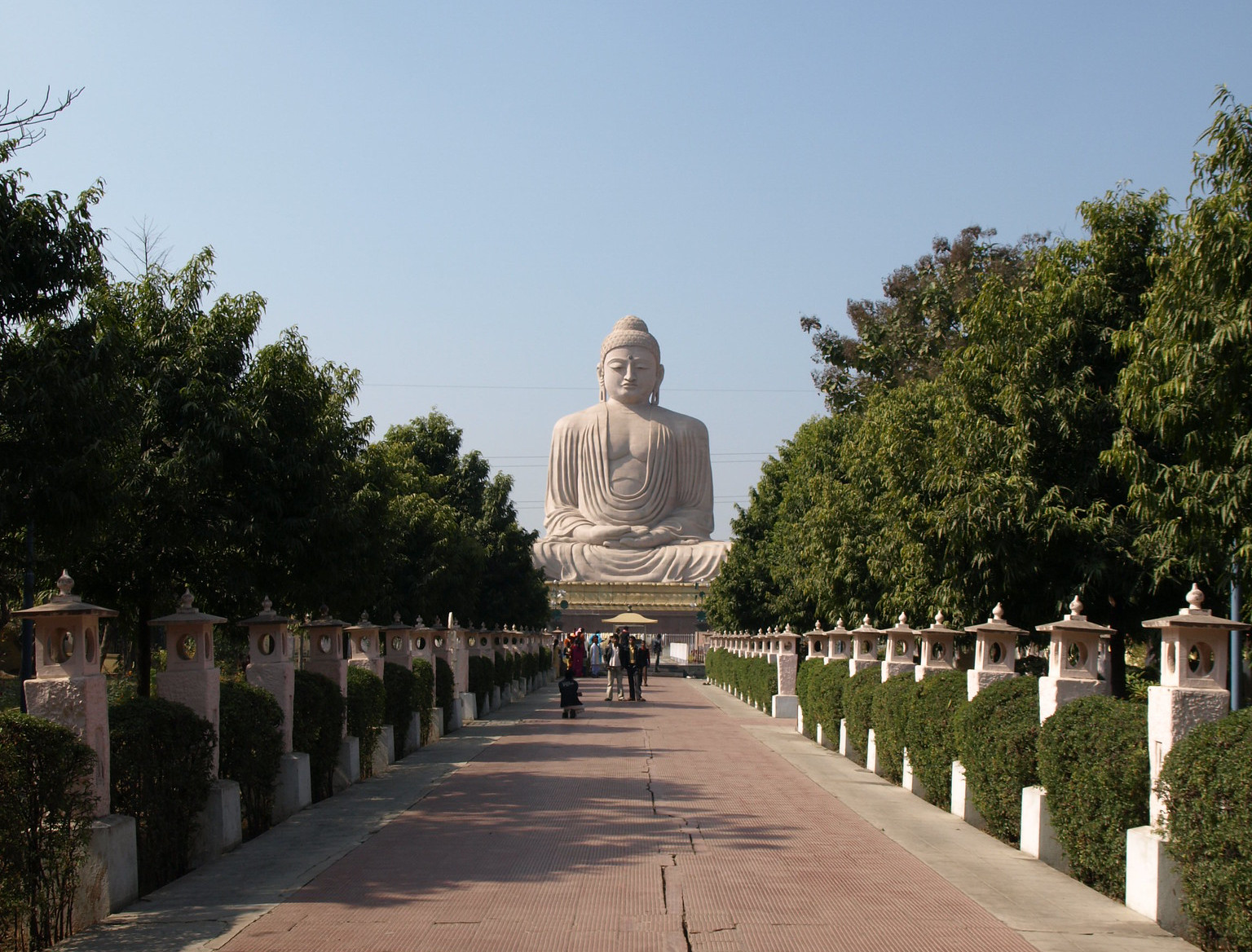 It may have been several thousand years ago, but the spot where the Buddha sat in meditation for 49 days until he gained enlightenment still carries a magical charm that draws tourists and pilgrims to it year after year.

Bodh Gaya, a village in the Northeast Indian state of Bihar, is the single biggest spot for Buddhists pilgrims from across the tradition. Many believe that it's where Prince Siddhartha sat under the Bodhi tree for 7 consecutive weeks without moving. Through this meditation, and building on the experiences he'd gained throughout his life, he gained unsurpassed enlightenment, and became known as the Buddha.

Siddhartha came to the tree from a place of determination. He had spent years living in asceticism, searching for enlightenment with 5–6 followers. Eventually, he felt that true enlightenment couldn't be found through denying your senses, and gave up his ascetic lifestyle. When he did this, his followers left him.

He reached a tree, now known as the Bodhi tree, and resolved not to move from his place until he had found enlightenment. According to Buddhist scriptures, he faced an internal battle with the God of Illusion, who tried to distract him from his path. Through the battle, his compassion won over, and turned the demons into flowers. 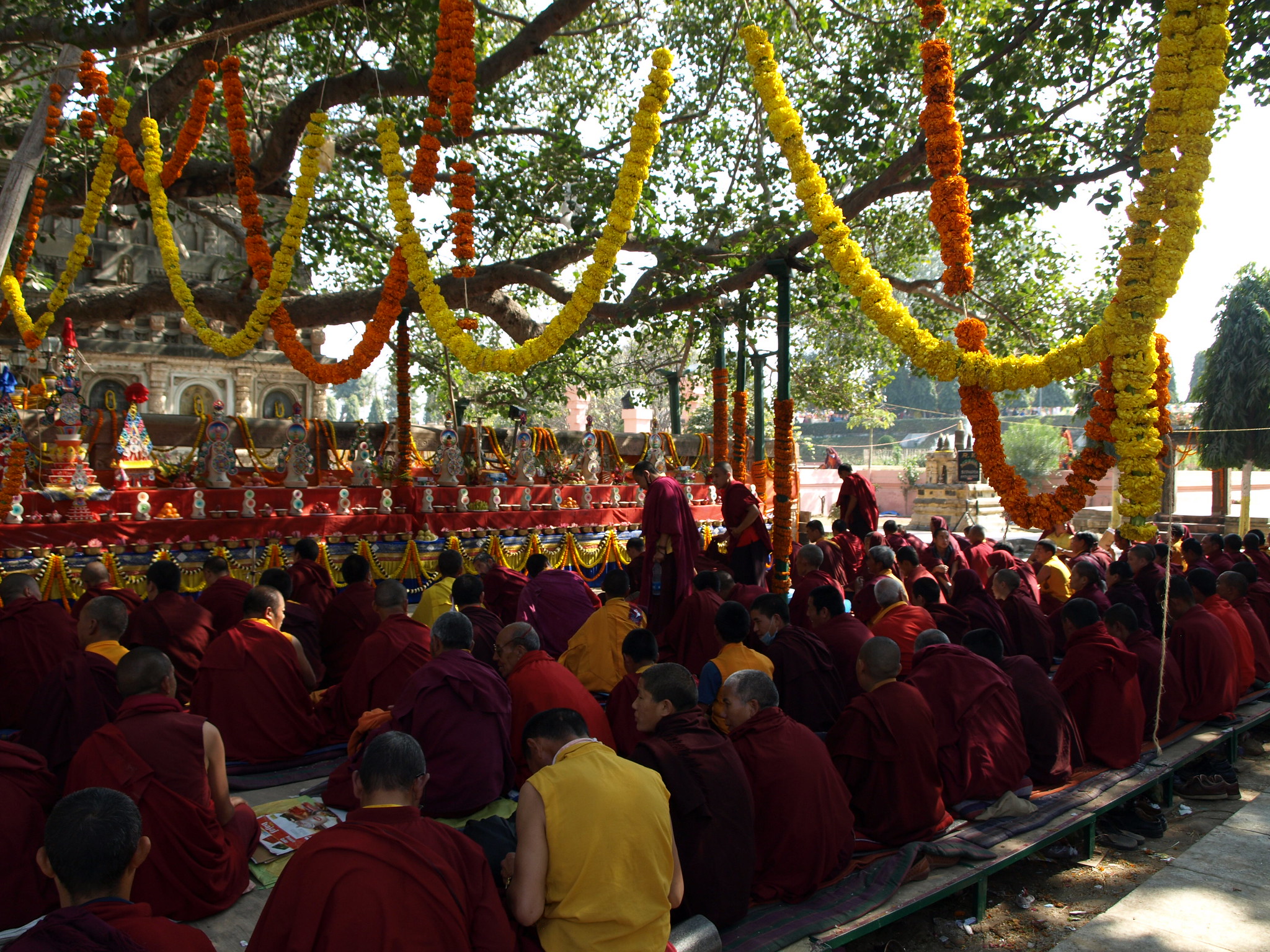 What he found was that Enlightenment consisted of abandoning lust, hatred, and delusion. It sounds easy enough, but is a lot easier said than done. When he found this, the Buddha told his disciples what he'd found, and advocated following a Middle Way — not entirely giving up desires, but not entirely being slaves to them either. Even though they'd left him when he'd decided to give up asceticism, they now recognised the truth in what he'd found, and chose to follow him.

That very same tree — the Bodhi tree — is still around. It's not the exact same tree, but it's thought to be a descendant of the original tree. 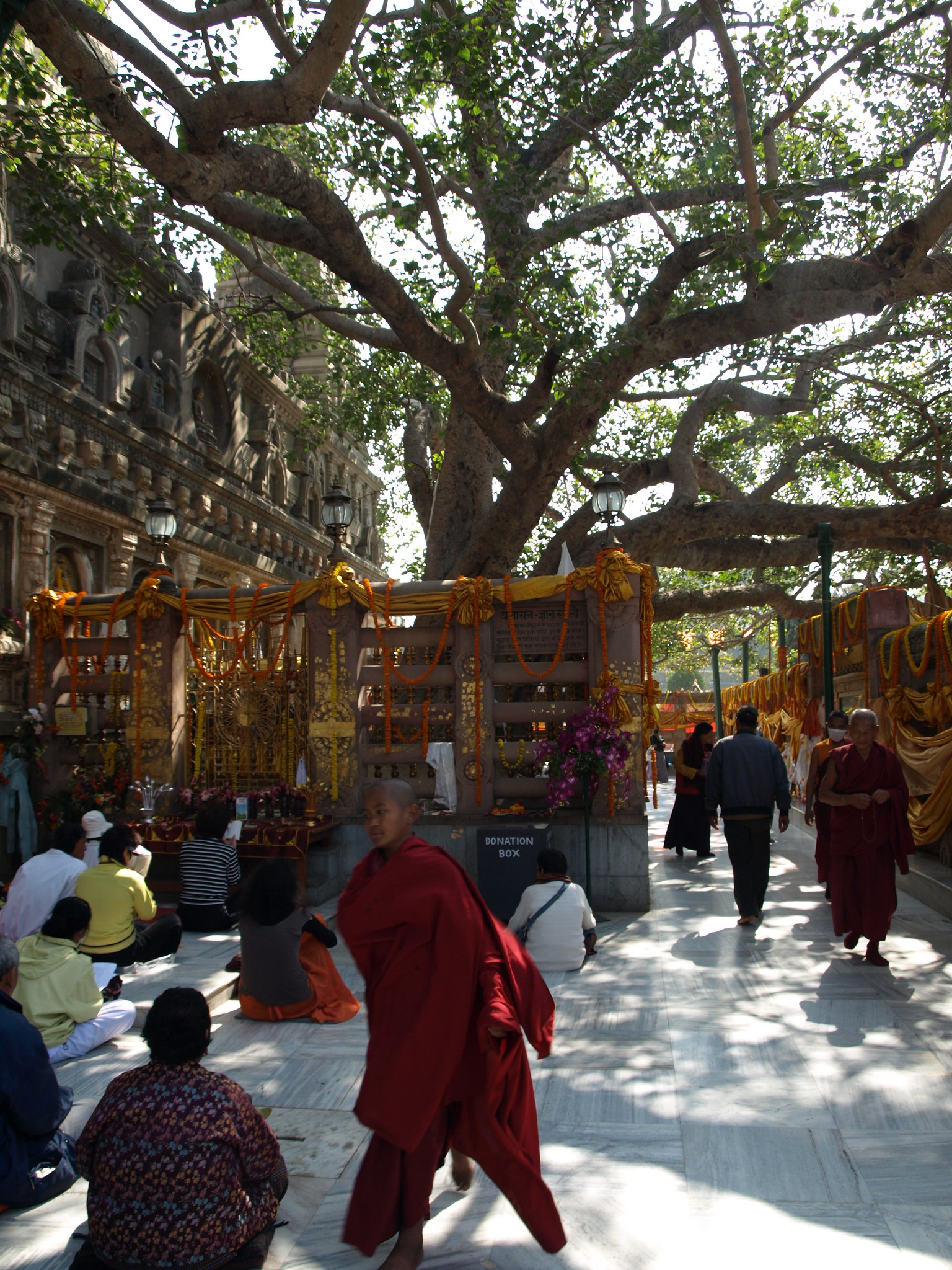 Around 300 years after the Buddha found Enlightenment, the first temple was built there. King Ashoka was the Indian Emperor of the Maurya Dynasty from c. 268–232 BC. He visited the place where Buddha found Enlightenment, and built a temple there, called the Mahabodhi Temple. Several other temples have now been built in the area as well, and they're all places that tourists and pilgrims can visit to experience some of the spirit and teachings of the place. 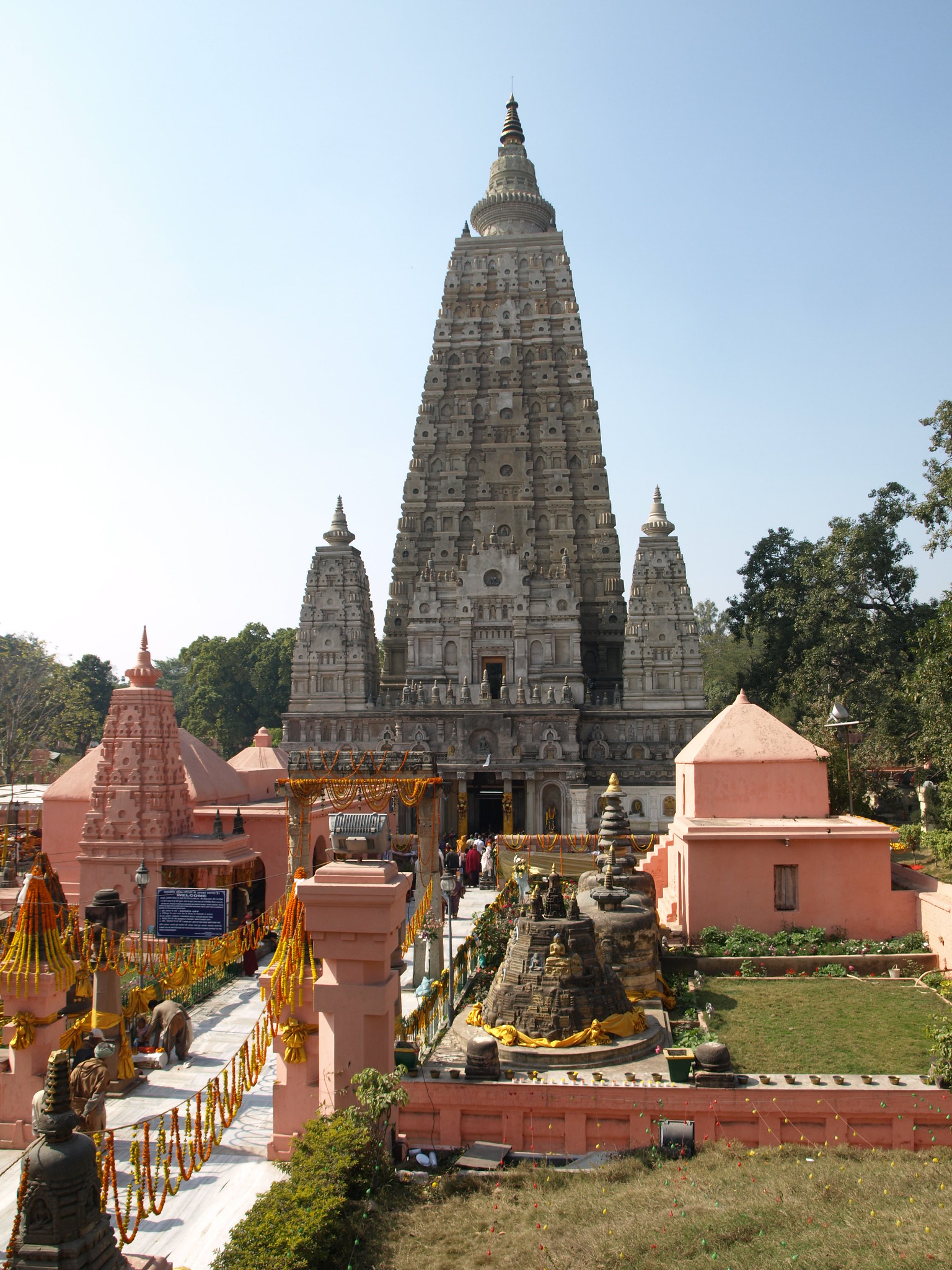 As well as the Bodhi tree and the numerous temples, Bodh Gaya is also home to a larger-than-life statue of the Buddha in his meditation pose. The peace and clarity is evident on his face and posture, and the statue is an inspiration to tourists and pilgrims alike.

After the Enlightenment, the Buddha continued to meditate. In the second week after Enlightenment, he practised walking meditation. Now, we can walk in his very same footsteps. Across the path he walked, a jewel walk called Chankramanar was built. It's a low platform, decorated with 19 lotuses.

The lotus has long been a symbol of rebirth and regeneration in the Buddhist tradition, and in the Ancient Egyptian tradition as well. Even in the murkiest waters, the lotus blossoms into a beautiful flower. It's a symbol for how we can be guided by our inner peace and beauty, even if we're in difficult situations. 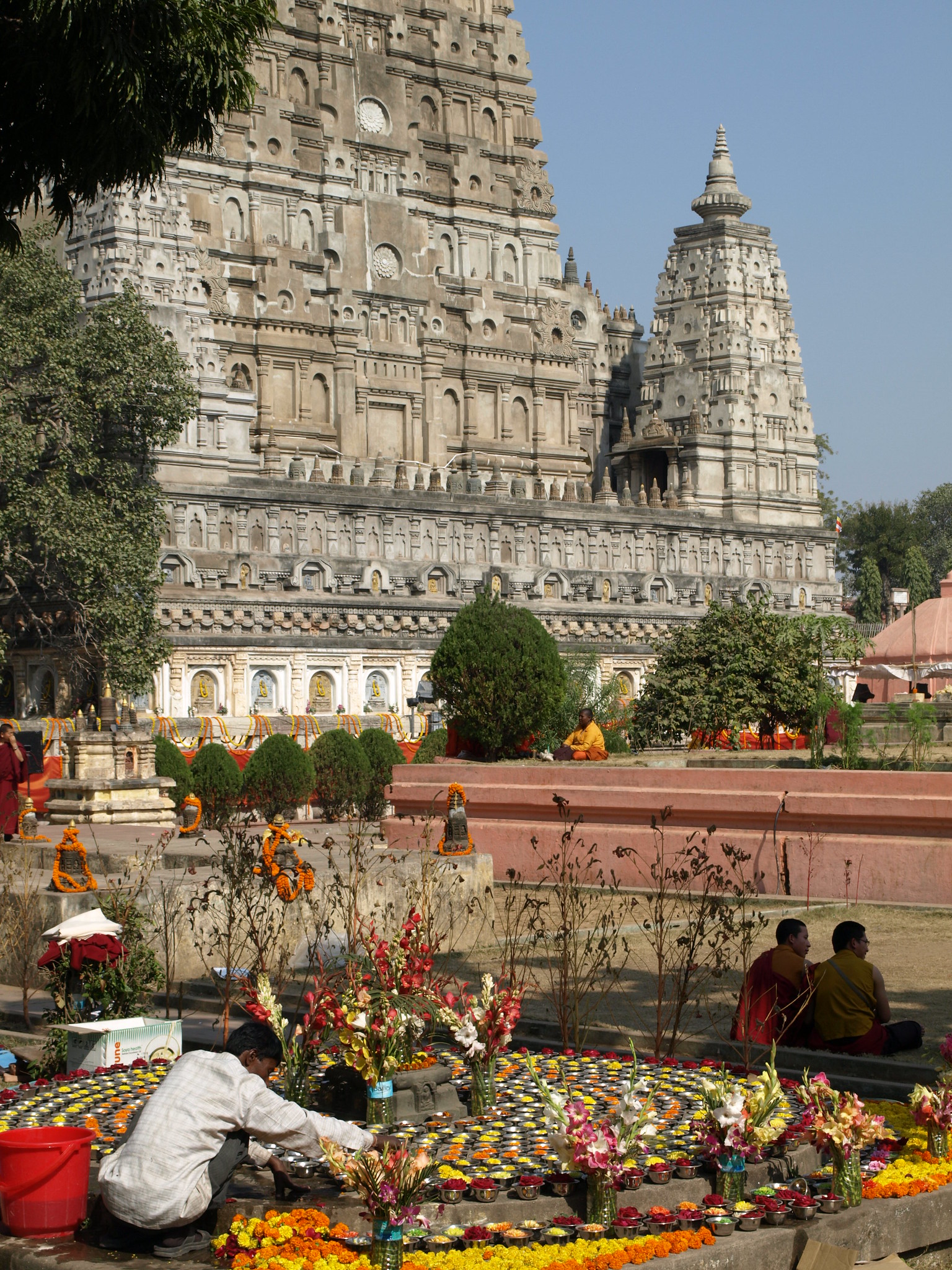 Afterwards, the Buddha observed the tree for another week. Sitting in the very same spot, tourists and pilgrims can contemplate the tree too, and walk the same spiritual journey that led Buddha to find his higher truth.

If you're considering a visit, the Mahabodhi temple isn't the only destination to look at. Buddhists from various countries, including Japan, Tibet, Bhutan, and Thailand have set up monasteries and temples in Bodh Gaya within comfortable walking distance of the Mahabodhi compound. A walk around the different temples and places of worship in the village gives an insight into the different traditions and practices of Buddhists around the world who have been inspired by the Buddha's tradition.

It really is a place of infinite wonder and surrealism. The way the spirituality of the place has stayed alive for thousands of years is a testament to the vitality it offers visitors from around the globe. If you're planning your next trip abroad, Bodh Gaya is definitely one for the list.