The Birthplace of Football 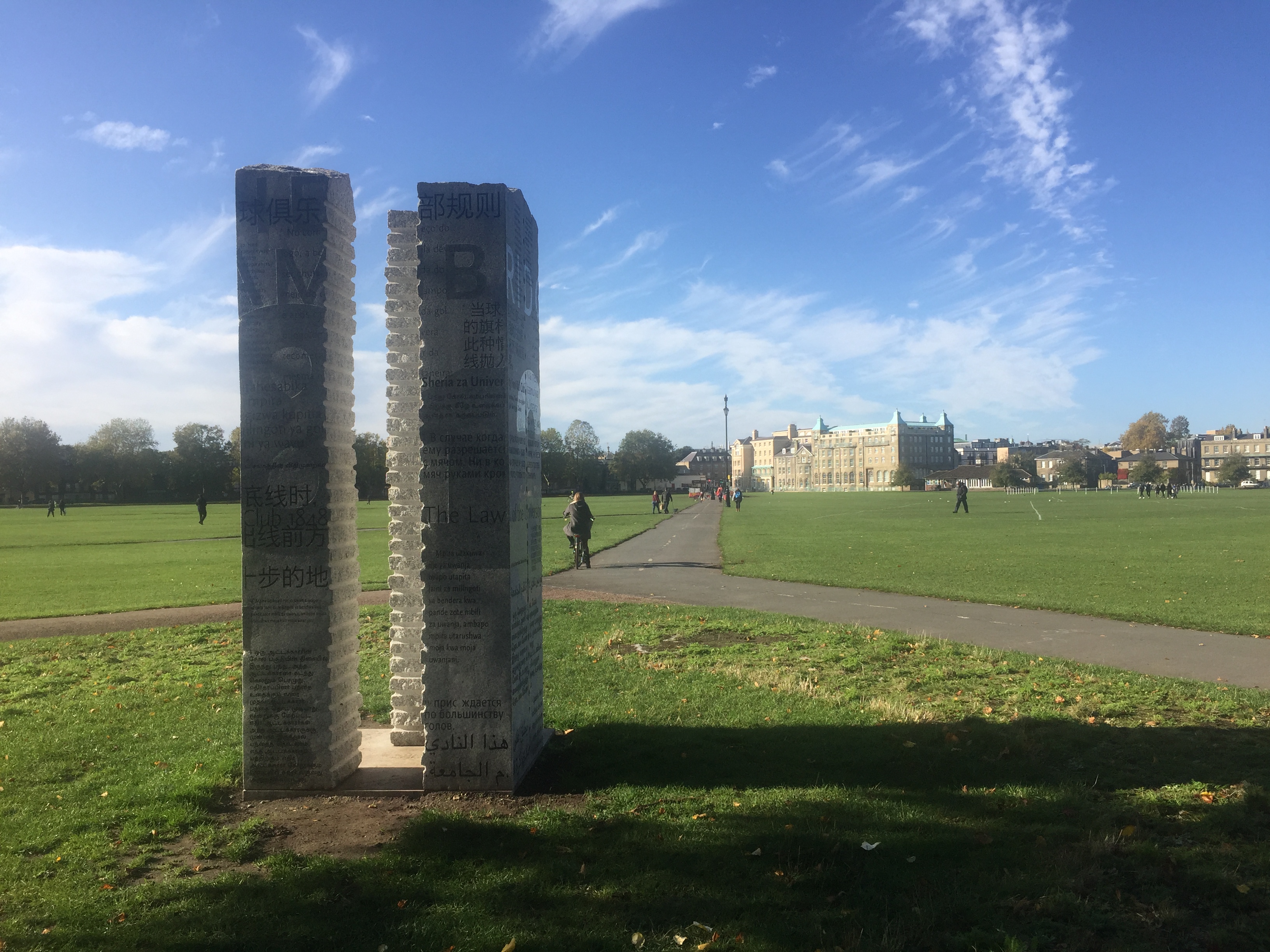 Few things in history have spread across cultures, capturing the hearts of young and old alike, in all corners of the globe, the way football has. (For the American readers: soccer). It's a game that brings people together year after year, speaking a global language — a glue that's kept linkages between countries intact despite all the disasters that have happened.

How does such a global phenomenon start?

The answer might surprise you. Football as we know it today started in an inconspicuous park in the heart of Cambridge. Cambridge is more usually known for its University, one of the oldest in the UK. It's been home to famous names in literature and the sciences, including Isaac Newton, Sylvia Plath, Stephen Hawking, Charles Darwin, and Emma Roberts.

It's perhaps not so out-of-place, then, that the game that's captured the world also started right in the heart of Cambridge.

So, how did it all begin?

So long as there are human beings and a ball-shaped object, people are going to kick it, throw it around, and make up all sorts of games with it. The concept of people kicking a ball around has been around as far back as records go, but it hadn't been institutionalised into what we now know as 'football'.

The earliest record of football in Cambridge goes way back to 1579, when the Vice Chancellor responded to violent brawling by forbidding students from playing 'footeball' on college grounds.

Players formed teams, and alternated between throwing the ball with their hands and kicking it with their feet. It was notoriously very violent, with games frequently descending into fights. Essentially, although some form of a game involving a ball was played in various places, there were no rules.

That's where Cambridge came in. In 1848, a game was organised between the 'Town' and 'Gown'. The 'Town and Gown' distinction refers to the residents of the City of Cambridge, versus the students of the University of Cambridge. It's an archaic phrase that's been passed down through generations of both Townies and Gownies, and is still just as prevalent today.

The Town and Gown game was organised on Parker's Piece, a large square of grass in the centre of Cambridge, lined around the perimeter with trees.

A lot of excitement was built up for the game. On the day, though, the game quickly descended into a violent fracas, with onlookers as well as players rioting and injuring players on the other side.

Coming together afterwards, people were mournful that a day of joy and celebration had once again turned into a misery of violence.

It was then that they decided to put together the 'Cambridge Rules', to make sure future games remained peaceful and friendly. They wrote down the 11 rules, nailed them to the trees surrounding Parker's Piece, and named the game 'Football'. 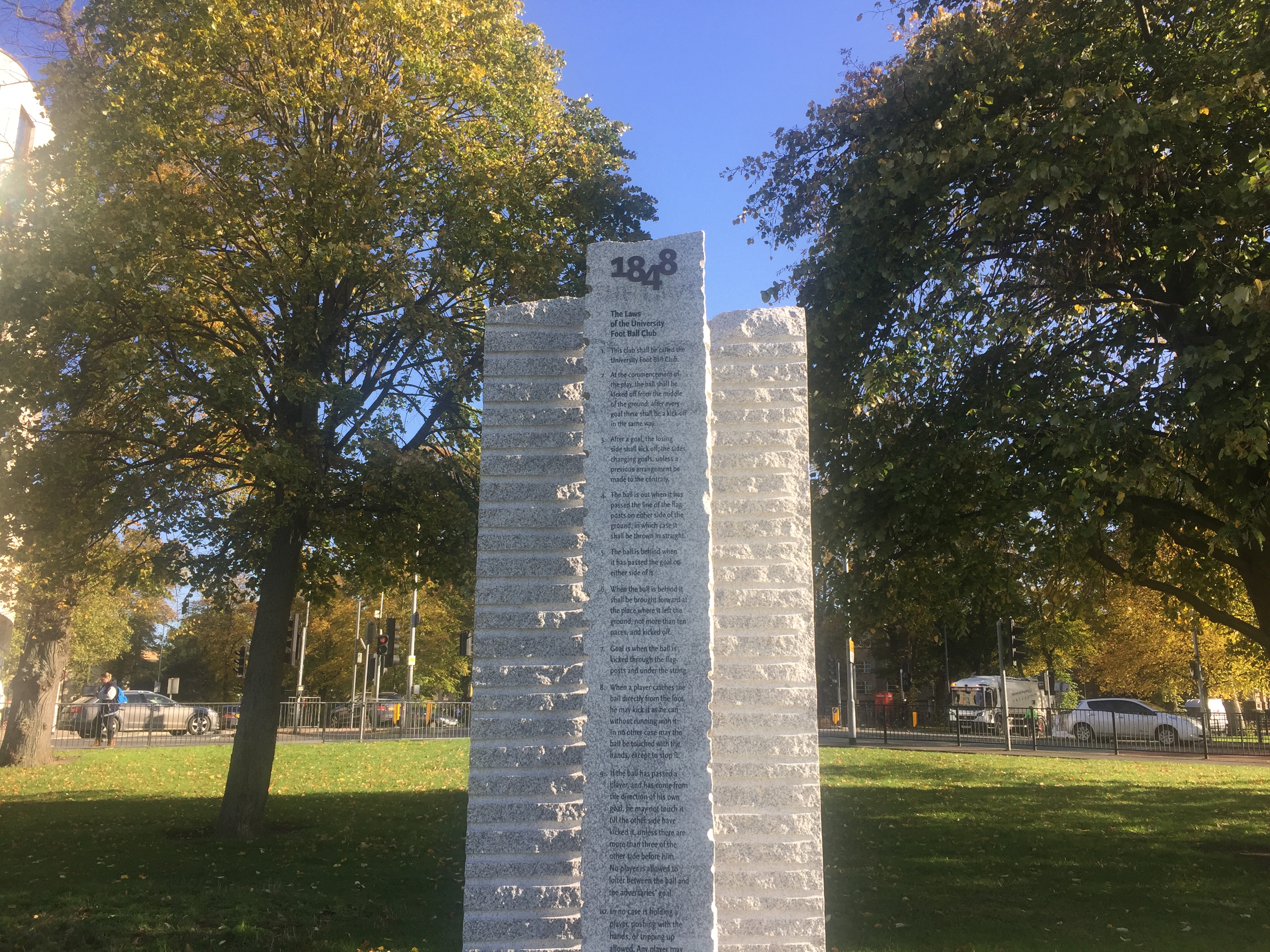 The original rules of football

The first-known rules of football, recorded and agreed upon by students at the University of Cambridge, were adopted in 1863 by the Football Association of England, with the addition of 3 more rules. These were the original rules: 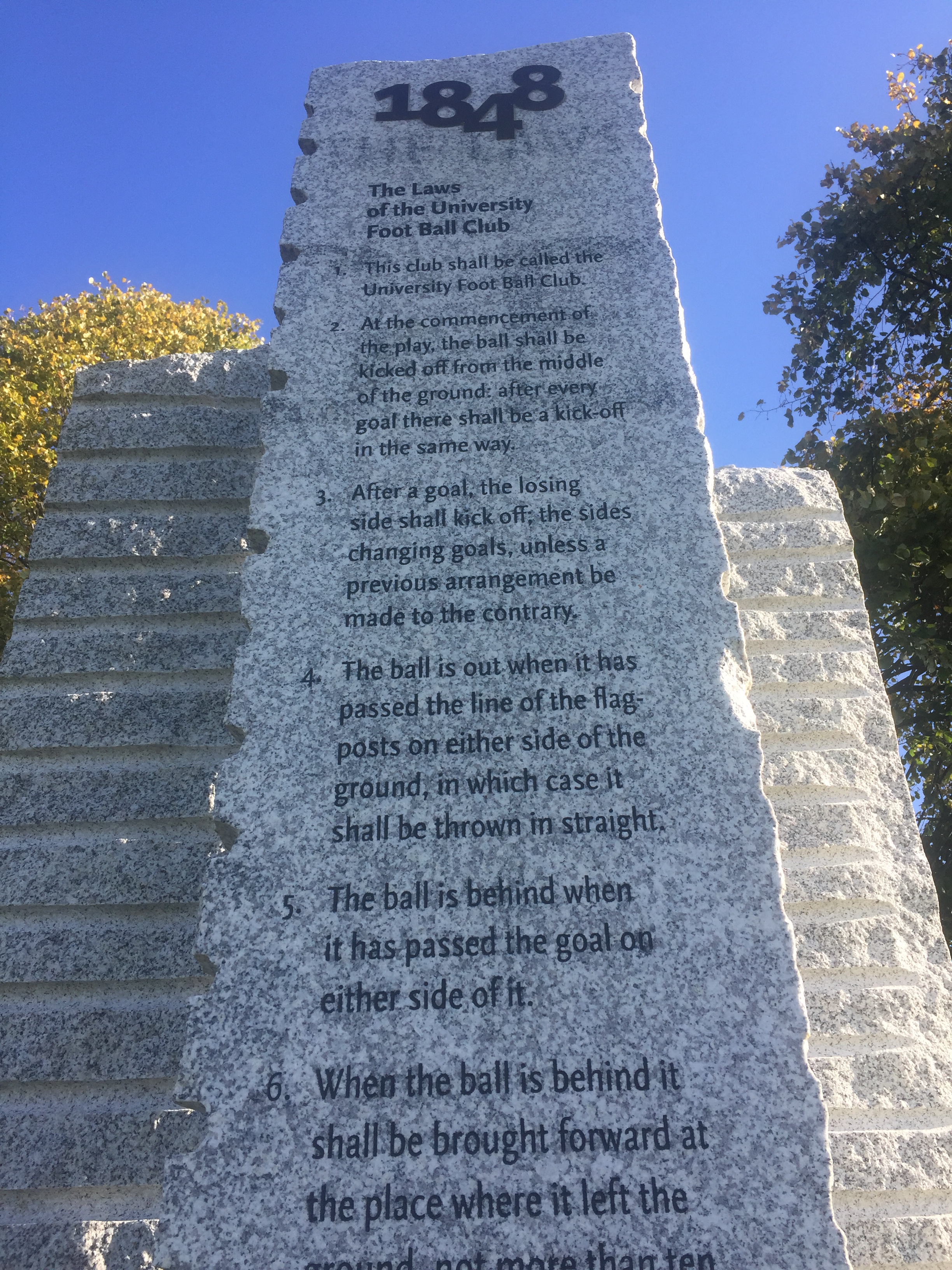 This is more than football

Remember that this happened in the 1800s. It was a time when tensions were rife both within Europe and internationally. Throughout it all, a group of people managed to come together, to agree on a set of rules for a game they all loved, and to play the game in a way that brought them together, rather than separated them. It's pretty impressive to see how the rules became so universal and uniform.

In 2017, Cambridge City Council commissioned 2 artists to create a monument in memory of the history hiding in Parker's Piece. The monument was erected in 2018 — a stone monument, with messages in a variety of languages, and with the rules written in stone, representing the globality and unity that was born in Parker's Piece, and that continues to be spread through football to this day. 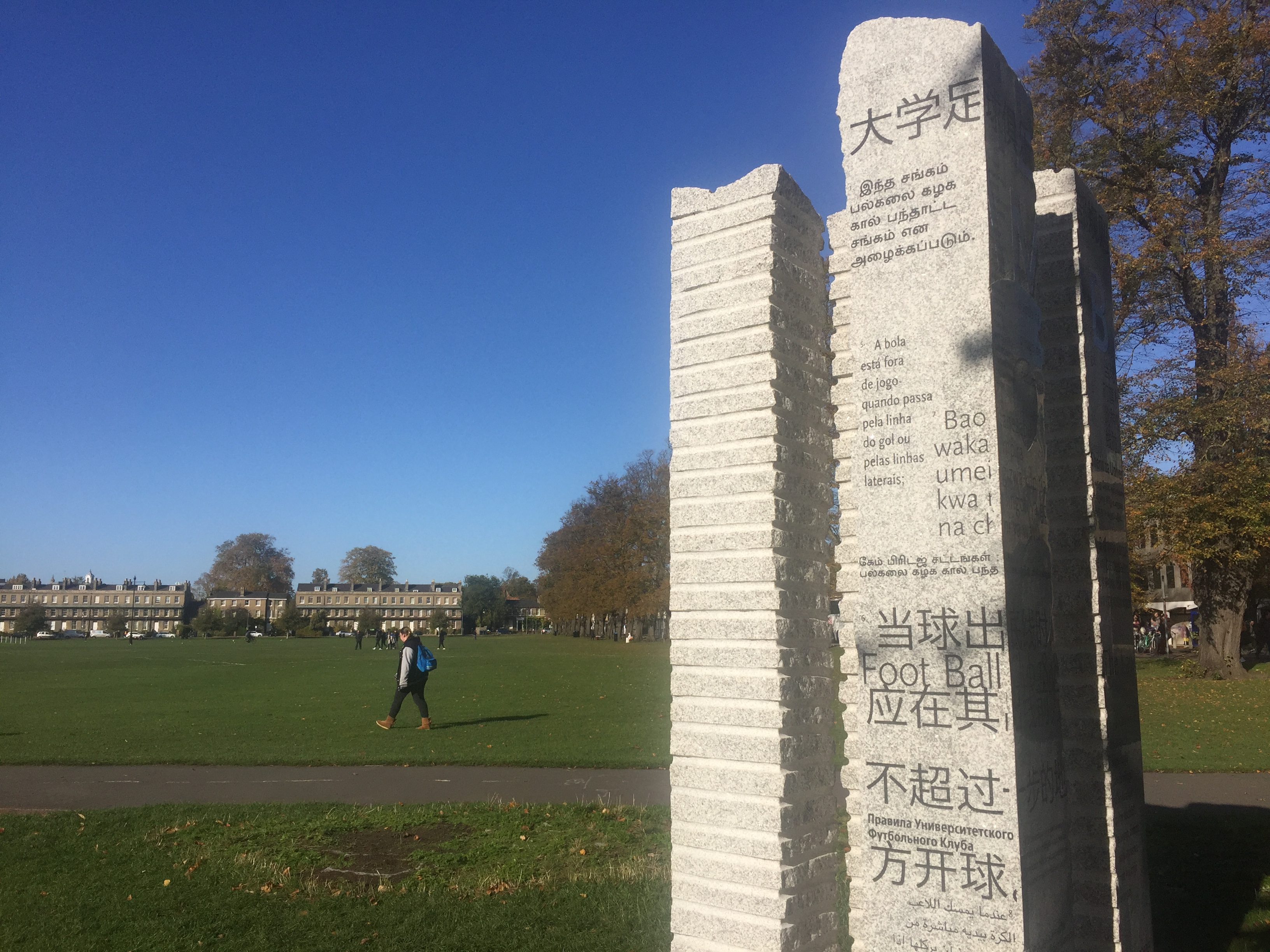 Parker's Piece is a public space, with no gates, that never closes. It's still home to frequent football matches, as well as quidditch, running, and croquet matches, and even an ice rink during the winter season.

If you're ever in England, pay a visit to Cambridge. Once you've done the mandatory tour of the University and the river, pay a trip over to Parker's Piece, and maybe even play a game of football yourself. You'll be running in the footsteps of the founders of the game: who knows what kind of luck that can bring?