They say when life gives you lemons, you should make them into lemonade. That’s reasonable, but how long will the lemonade really make you happy?

These former residents of New Zealand didn’t seem to think lemonade would quite cut it. When life gave them lemons, they declared their own republic in response. And honestly, this is the kind of story that just keeps getting better.

Here's how it started…

Let's travel back in time to 1989. It's just 30 odd years ago… a simpler time, when people went to discos, spent just 10p on Freddos, and had a grand total of five channels to choose from on TV.

Over in New Zealand, a quiet little town called Whangamomona was being re-classified into a different region: from Taranaki to Manawatu-Wanganui.

Now, like much of the independence talk we hear nowadays (think: Scotland, Brexit, Catalonia, the list goes on…), the decision to split Whangamomona came from the people.

The residents of Whangamomona largely associated themselves with the Taranaki region, and they weren't happy at all about their town being split up without their consent.

So… they came together… and decided to start their own republic. They even elected a president (a whole other story, which we'll get to later). Who says you can't take matters into your own hands, right? 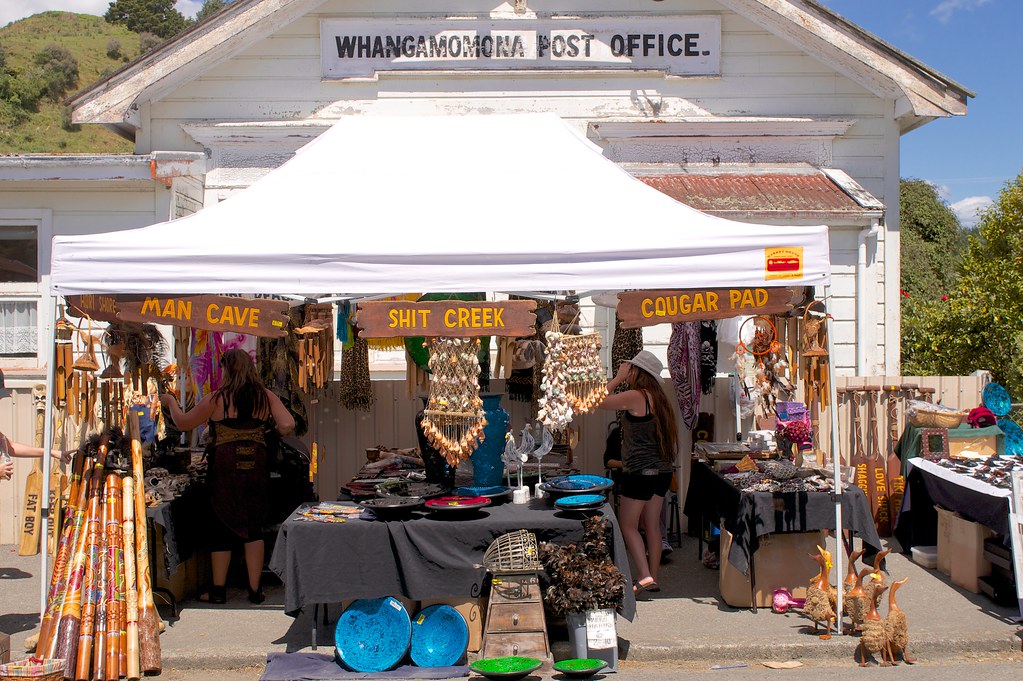 Now, a bit of background…

Whangamomona, affectionately called Whanga by its residents, was already a pretty small town. It's found on what New Zealanders call the Forgotten World Highway which, as you can guess from the name, is not the most bustling place in the country.

Settlers arrived in Whangamomona in 1895, but World War I, and a subsequent flood shortly after, meant that many of the citizens were lost. In 1979, the town's school closed down, and in 1988, the post office closed down too. The 2013 census put the population at around 150 people, a decrease of more than 10% since the 2006 census. In 2019, The New Zealand Herald reported that there were just 12 actual residents in Whangamomona.

The median age is already about 10 years higher than the median age in the Stratford District, where the town is located, which raises the question of what will happen to the town (or should we say, Republic?) when the population keeps dying down.

So, a quick look at the Republic's presidential history:

Have you ever had that feeling, that you just don't know what's going on with your country's leadership? You just don't understand how they could make the decisions they do? That it's incomprehensible to you that they're even in office?

Well… at least they're human.

Whangamomona's first president was actually a human. Ian Kjestrup was put on the ballot without his knowledge, and served as Whangamomona's President from its inception, until his retirement in 1999.

10 years is a long time, considering the residents hold elections every two years. He must have been loved enough to get re-elected. What came afterwards was… interesting, let's say. 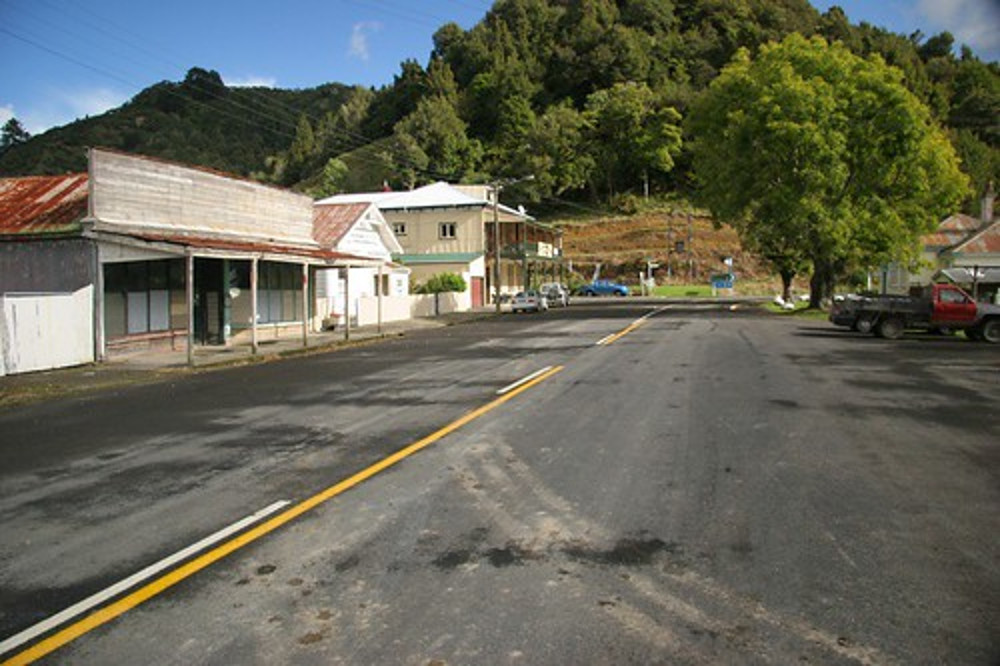 In 1999, a goat called Billy Gumboot was elected as President. Some think he ate all the ballot papers of the other candidates, giving him a landslide victory. What I'm wondering is how Billy Gumboot the Goat was in the Presidential race in the first place.

Anyway, he was in office until he died, just 18 months later.

From 2003 to 2004, Whangamomona was served by Tai the poodle. In 2004, he was attacked in what some people say was an assassination attempt. Though he survived, he was left a wreck, and was no longer fit for office.

The next President — reminiscent of the Republic's first — was in office for a whopping 10 years. Sir Murt "Murtle the Turtle" Kennard served from 2005 to 2015. He served until his death in a hospice, in October 2015.

Catching up with the 21st century, Whangamomona had their first female President in 2015. Vicki Pratt, allegedly, didn't put herself up for the elections… and was voted in while she working in the kitchen. She served in office until 2017.

In 2017, John Herlihy — a human, man — was elected to the Presidency. He was re-elected in 2019, after beating a sheep, a teddy bear, and a cockatoo. The teddy bear, Maketoni, was disqualified from the presidential race on the grounds of not being alive.

Republic day: the time of year to visit 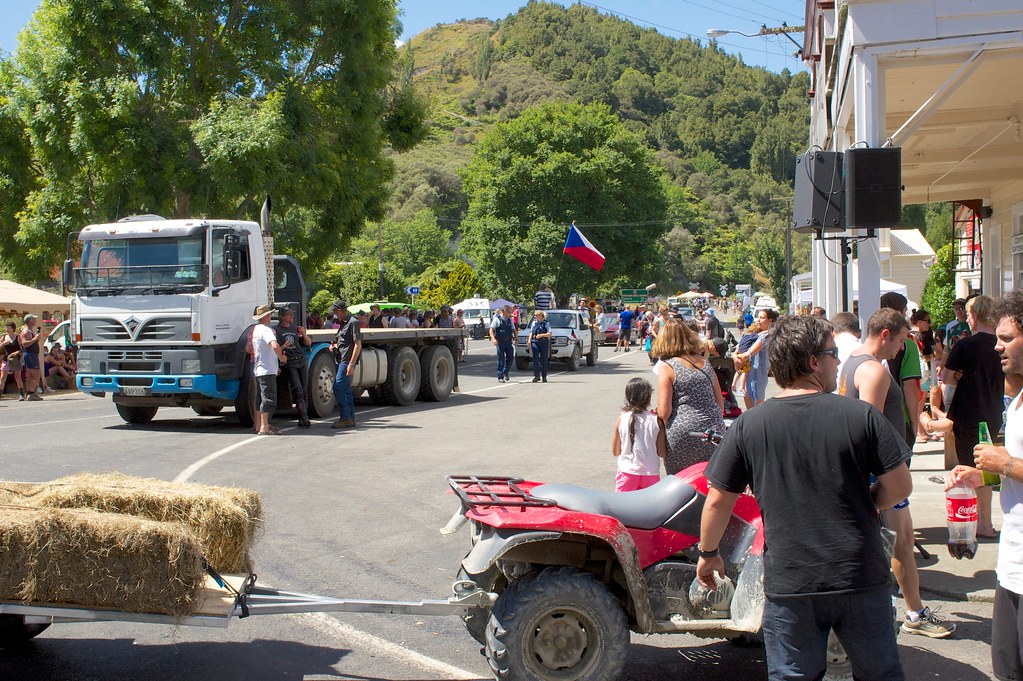 Every 2 years, in January, Whangamomona holds an independence festival on their "Republic Day", to celebrate their independence. In January 2019, the Republic celebrated its 30th birthday.

On Republic day, the streets are filled with hundreds of tourists from around New Zealand, alongside the Republic's 12 actual residents. They're treated to animal races, games, and the unique opportunity to witness the Republic's elections. 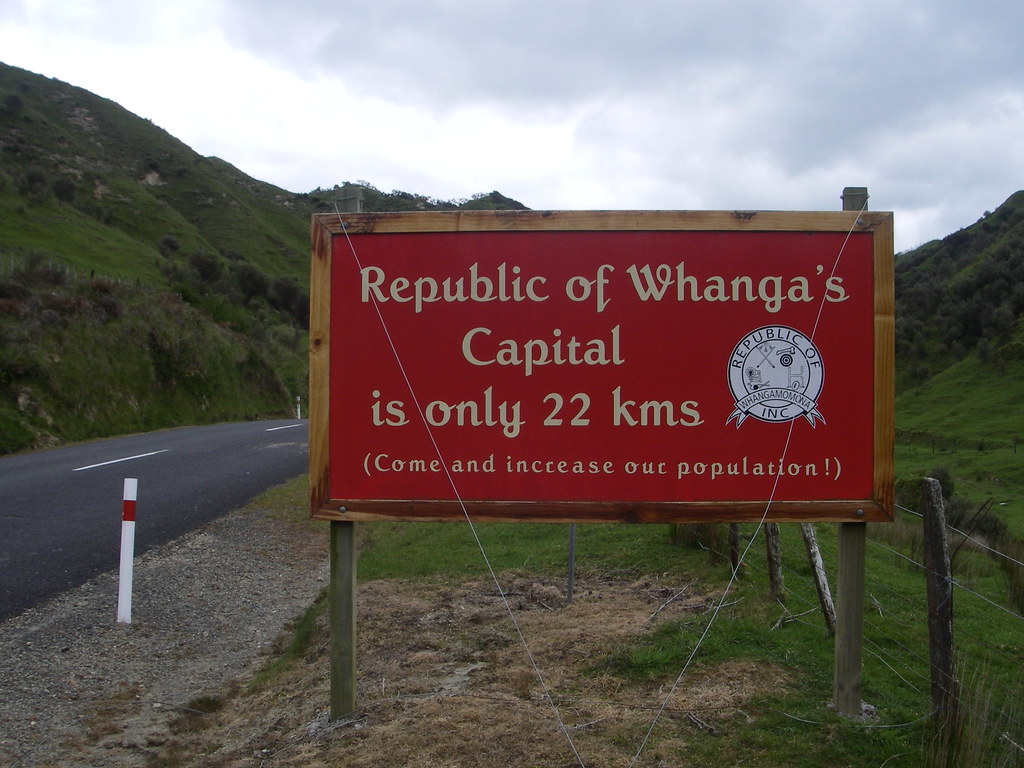 Tourists going to Whangamomona actually cross customs borders to get into the Republic. Passing through, you even get a Whangamomona stamp on your passport. Or, you could dish out $3 for your very own Whanga passport. Now, that's quite something.

by Map of the Urban Linguistic Landscape

The next Republic day, with the next elections, should take place in January 2021, when it's nice and summery in New Zealand. It's a cheery place, and quite unlike any other holiday I can imagine. So if you're wanting to experience the place… maybe it's time to start making plans.